My work for wind quintet, Watercolors (2011), returns to the Parrish Art Museum in The Hamptons on November 11. This performance by the internationally acclaimed Quintet of the Americas will kick off the museum’s anniversary benefit party—five years after Watercolors was performed at their grand opening in November 2012!

Watercolors for flute, oboe, clarinet, horn, and bassoon was inspired by the watercolor paintings of Charles E. Burchfield (1893-1967)—including one in the Parrish’s permanent collection, which will be on display in the galleries in conjunction with this concert. (Learn more about the connection between Burchfield’s art and my music here.)

Long recognized as leading interpreters of folk and contemporary wind quintet music of North and South America, Quintet of the Americas has spent over three decades commissioning over 70 works, performing over three hundred concerts throughout the United States, and in Canada, the Caribbean, South America and Eastern Europe, and recording eight CDs. It will be an amazing honor to have my music performed by this group!

Inspired by the natural setting and artistic life of Long Island’s East End, the Parrish Art Museum illuminates the creative process and how art and artists transform our experiences and understanding of the world and how we live in it. The Museum fosters connections among individuals, art, and artists through care and interpretation of the collection, presentation of exhibitions, publications, educational initiatives, programs, and artists-in-residence. The Parrish is a center for cultural engagement, an inspiration and destination for the region, the nation, and the world.

How wonderful to think that this will be the fourth time my music has been performed at the Parrish Art Museum. (See blog posts from the first time in 2012, second in 2013, and third in 2016.) 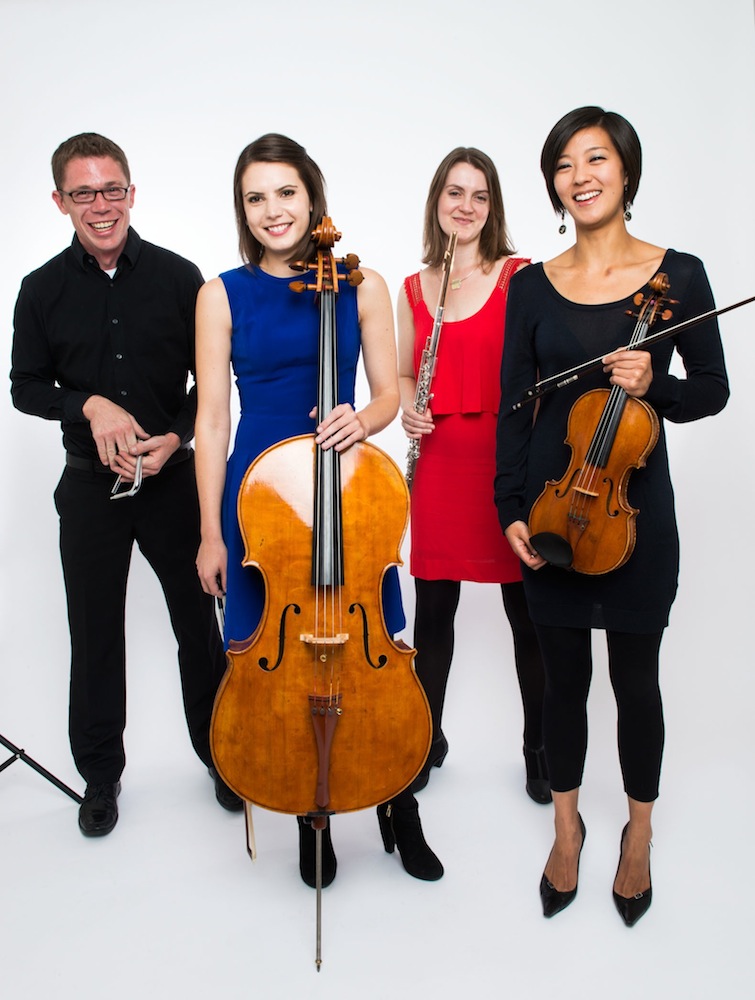 Celebrate the centennial of the National Park Service with this concert of new chamber music evoking landscape, ecology, wildlife, and adventure!

NYC’s Cadillac Moon Ensemble brings impeccable musicianship and an adventurous spirit to their first collaboration with my group, the Landscape Music Composers Network: a collective of composers from across the country, dedicated to increasing awareness of the natural world through music.

The program, which I created for the Parrish Art Museum, also features a World Premiere by Justin Ralls and works by Stephen Lias, Alex Shapiro, and Stephen Wood.

This weekend ,in celebration of the Parrish Art Museum‘s one-year anniversary in its new location, cellists Karlos Rodriguez and Richard Vaudrey will each perform  in the Harriet and Esteban Vicente Gallery (on Saturday, November 9 and Sunday, November 10, respectively). The musicians will both feature Horizon for solo cello, which I composed for this occasion.

Having presented wind quintet Watercolors last year at the grand opening of the new Parrish Art Museum, I’ve written Horizon to celebrate and reflect on the aesthetic quality of the Parrish’s building and the surrounding landscape.

Karlos Rodriguez made his orchestral debut at the age of thirteen to great audience and critical acclaim and has since performed as an avid soloist, recitalist, and chamber musician. He has appeared at many of our important musical venues, including Carnegie Hall (Isaac Stern Auditorium), Merkin Concert Hall, Avery Fisher Hall, Alice Tully Hall, Philadelphia’s Kimmel center, The Kennedy Center and Radio City Music Hall. Mr. Rodriguez has worked with distinguished artists such as the Beaux Arts Trio, and the American, Cavani, Cleveland, Emerson, Guarneri, Juilliard, Miami, Orion, Tokyo, and Vermeer String Quartets; and Janos Starker, Lynn Harrell, and Steven Isserlis. He has attended and been a guest artist at the Great Lakes Chamber Music Festival, Grand Canyon Music Festival, ENCORE School for Strings, Sarasota, Aspen, and Kneisel Hall Chamber Music Festivals, Cleveland Chamber Music Society, and the Philadelphia Orchestra Chamber Music Society. His teachers have included Richard Aaron, Peter Wiley, and David Soyer. Mr. Rodriguez has been featured internationally on TV and radio with multiple broadcasts on APM’s Performance Today. He is on the faculty at Summertrios and the Sphinx Performance Academy. Mr. Rodriguez has worked on various Broadway musicals and Pop albums, most recently with Shakira and Marc Anthony. In addition to these musical activities he is former Principal Cellist of the Florida Grand Opera Orchestra in Miami and cellist of the The Catalyst Quartet. He is prize winner of the 2012 Bergamo Classical music award (Switzerland). He proudly endorses Pirastro Strings.

Brooklyn based Australian cellist Richard Vaudrey is quickly becoming a notable force in the new breed of string players—classically trained and proficient across a multitude of genres. Originally from Melbourne, Australia, Richard was a scholarship holder at The Australian National Academy of Music before heading to the United States, where he completed doctoral study in classical cello performance and contemporary improvisation at SUNY Stony Brook, studying with Colin Carr and Ray Anderson whilst acting as Teaching Assistant to the Emerson String Quartet. Richard has had a prolific background in chamber music and performs regularly both as a soloist and collaborator across a multitude of genres including classical, new music, jazz, folk and pop in venues including Carnegie Hall, 92Y Tribecca, the Stone, Alice Tully Hall and the Harvey Theatre, BAM.  Richard’s latest solo project “VAUDREY” a unique blend of post chestral-indie-dub -folk-pop for cello voice and electronics has this year been showcased in Sydney, Melbourne (Toff in Town) and New York City (Rockwood Music Hall, Pianos). The show also pays homage to the late Arthur Russell, a huge influence on Richard’s own compositions and the subject for Richard’s Doctoral Research. Richard is Adjunct Professor of Cello at Western Connecticut State University, and a member of the Numinous Ensemble, Indie band all boy/all girl and plays “The Beleura Cello” – a 1791 William Forster cello generously loaned by the Tallis Foundation. He currently resides in Brooklyn.

“Nell’s extraordinary interdisciplinary vision…was an ideal program to introduce the public to the Museum’s collection through music and images. Two “standing room only” performances [of Watercolors] were met with high praise from attendees. The Director of the Museum cited this event as one of the best of the opening weekend.” Andrea Grover, Curator of Special Programs, Parrish Art Museum

“I am so glad someone has at last given voice to what one imagines Burchfield might have been hearing in so many of his watercolors. Congratulations on bringing Burchfield alive in a way that I think he would have much appreciated.” Richard Kahn, art collector

“Your music illuminated Burchfield’s paintings for me.” Audience member

I’m happy to report that The Chelsea Quintet’s performances of Watercolors at the Parrish Art Museum in the Hamptons were an all-around success. We received a great audience response and turnout, with about 400 people hearing Watercolors and viewing selected videos from Beyond the Notes in the Museum’s new Lichtenstein Theater.

Watercolors received several preview articles and photographs in regional and local papers, including Newsday (the country’s highest-circulation weekday newspaper in a suburban area); The Sag Harbor Express; and The East Hampton Star, which printed a large feature article about my music (read it here). The Parrish Museum’s grand opening as a whole received notable publicity in The New York Times, New York Magazine, et al.

Now you can re-live the Parrish Art Museum concert or experience it for the first time! I’ve posted an HD video of one of The Chelsea Quintet’s November 10th performances on YouTube: